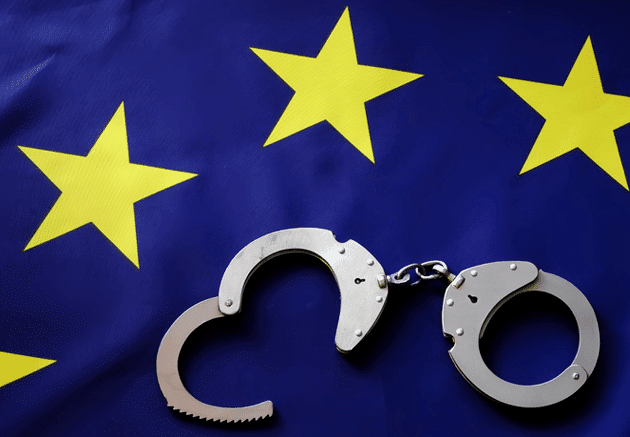 Staying in the European Arrest Warrant is a compromise too far

This weekend Theresa May is set to make an important speech setting out Britain’s future relationship with the EU after Brexit. In it she will pledge to keep the UK under the jurisdiction of the European Arrest Warrant (EAW).

Sadly, this comes as no surprise. As Home Secretary, Mrs May was an ardent supporter of the EAW. For the Prime Minister and our Brexit negotiators, the EAW is a simplified cross-border judicial surrender procedure that aids in extradition of cross border criminals. For the EU, the EAW is seen simply as a transactional mechanism to aid in the single market of policing and justice.

For me the EAW is one of the worst pieces of criminal justice legislation the UK has ever agreed to incorporated into law. It is an anathema to the principle of natural justice, the right to a fair trial, the principle judicial authorities on the balance of evidence judge and, in a post-Brexit world, negotiating to stay in the EAW is a compromise too far.

I have always been opposed to the European Arrest Warrant and will continue to oppose any moves by the Government to keep us within it. As someone who has studied and practised UK law for over 20 years, I can say with certainty that Britain has one of the best legal systems in the world. The principles that form the foundations of our judicial system have been carefully crafted over the centuries through our common law. Its principle have been copied in countless countries across the globe. None are copying the odious EAW.

Our common law system alongside statute developed our own system of extradition, whereby a defendant had to have the facts of his case analysed by a judge, based upon evidence of the offence. Like all criminal justice systems, it didn’t always work. Some criminals evaded the law by escaping our jurisdictions, while others were not extradited after a court decision. The cry came out from police forces to stop the Costa del Sol criminals. Equally in the EU the desire for a one nation EU state criminal law saw an opportunity to start the process. The EAW was one of those measure they created.

In principle, the EAW is supposed to be a crime fighting tool to help police forces in the EU return accused individuals residing in one EU state back to the EU state the offence is alleged to have been committed.

In practice, the system is not about justice but about administrative procedure. Simply put, if a police force in one country wants to get hold of a person to put them on trial they simply accuse them, tick one or more of several boxes on a single sheet of the EAW and the court cannot examine the evidence accuse that person and cannot refuse it except in one or two exceptional cases. Police forces love it. No evidence required, a form and no judge can refuse it.

Justice? No chance. Scope for abuse or miscarriages? Absolutely.

The 2009 case of Andrew Symeou is one such example. Andrew was extradited to Greece, spent 10 months of prison was never charged, nor faced trial, faced abuse in prison and was not granted legal aid. Eventually, he was released due to lack of substantiated evidence. More recently, the appalling abuse of the EAW to arrest the German citizen Alexander Adamescu by Romanian authorities in retaliation for his international claims against the Romanian government for damages shows how the EAW can be corrupted to satisfy political desires.

Whilst the EAW has indeed permitted the arrest of some international criminals, the facts show that more people have been arrested and sent back for motoring offences than international terrorism. Furthermore, the numbers of innocent individuals falling within its ambit have dramatically increased.

Jago Russell, Chief Executive of the human rights charity, Fair Trials, wrote that the EU has emphasised speed and efficiency over human rights and the EAW is an example of this. Furthermore, it has been the cause of serious injustice. Fair Trials warned about the disproportionate use of EAW for minor crimes.

Many have called for reform of the EAW and may indeed believe the EU could do so. I don’t. I have seen the institution work in practice.

The right to a fair trial, the principle of ‘innocent unless proven guilty’, the rule of law, trial by jury – these are the back-bone of our legal system. Under the EAW, arrest by the tick of a form could happen to you or me and there are few safeguards in place to prevent it.

It should never be part of any criminal justice system that removes liberty from one nation state to another so easily. The EAW was established to make it easier for cross-border arrests throughout Europe. That has been achieved but at great cost to our individual liberty and human rights, and the very soul of the principles common law sought to develop.

There is also another equally important reason to oppose the EAW. Its jurisdiction is governed by the European Court of Justice. As long as we are still subject to the EAW, we are still under the jurisdiction of a foreign court. What open and free country would permit this?

By staying in we also allow a precedent of the ECJ forming part of our criminal justice system. This can never be permitted. Furthermore, it is not what the people voted for almost two years ago.

Theresa May is not only the Prime Minister but the Chief Negotiator – the big Brexit decisions are taken by Number 10. I understand her difficult position in both of these roles: she has to compromise and is reaching out to the EU on security ahead of the next round of talks, but this should not be to the determinant of our hard-fought freedoms.

In many senses, the Prime Minister is in between a rock and a hard place. She is trying to appease two factions within her party and her counterparts in Brussels. I’m sure she thinks that Brexiteers know that they have to pick their battles and that the EAW is small fry compared to red lines on the Single Market and Customs Union – however, whether we continue with the EAW post Brexit will be symbolic of the sort of Brexit she delivers.

I want, as most Brexiteers would no doubt agree, deeper security cooperation with Europe but I want this relationship to be based on the models we use with other non-EU countries. We have strong security links with the US, Australia and Canada – yet nothing like the European Arrest Warrant exists between these countries. This proves that we can continue to work closely, cooperate but not have to be signatories of a political agreement, particularly one which undermines our legal order so severely.

Britain has always maintained the highest judicial standards, something we should be proud of. Our system has faced the test of time. Theresa May should remember our legal history, those standards and understand that our judicial independence should be a government red line when she’s sitting around the negotiation table.

In a free and fair society, what is more important than our judicial and legal freedoms?

I fear it is not on the Government’s priority list.

To Those Who Will Never See Britain Free